As a child, Park Hoon (Lee Jong-Suk) and his father were kidnapped by North Korea. In North Korea, Park Hoon was trained to become a doctor by his father who was already a doctor. Park Hoon became a genius like chest surgeon. He then flees to South Korea.

Park Hoon begins to work as a doctor in South Korea’s top hospital Dongwoo University Hospital, but he feels like a complete outsider. To bring his love from North Korea, he does anything to make money.

View all posts by Chemy 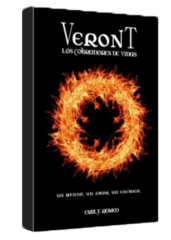